How Ghanaians are reacting to the second coming of NAM1

By now, Ghanaians are waking to the reality that Nana Appiah Mensah, the embattled CEO of Menzgold who was arrested in Dubai has won his court case on April 9, 2019.

He was pronounced not guilty by a Dubai court and the judge ordered the Royal Horizon, the company who filed the fraud case against NAM1 to pay him his 39 million dollars.

NAM1 himself has broken his silence after he was declared not guilty. He took to his Instagram page a few minutes ago to praise God for being by his side all these years.

There has been mix reaction ever since the news of NAM1’s released hit the media whiles some Ghanaians are excited NAM1 is coming back, others are worried if he is coming back to do the right thing or not.

Others showed clearly that they do not care whether he is back or not, they just want their money locked with Menzgold back.

Read some of the reactions from Ghanains below 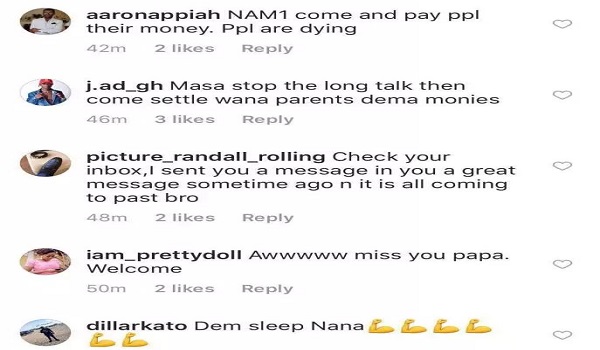 Fuel prices to go up in June – IES predicts